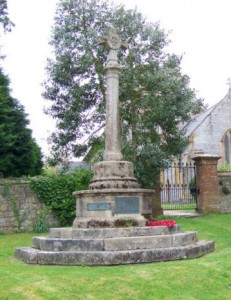 We are renovating our War Memorial in Fivehead having been awarded a grant from the War Memorials Trust and will be holding a rededication ceremony at 2.30pm on Saturday 26th May 2018. This will be the centenary of the last Fivehead man to have been killed in the First World War.

We are keen to trace any relatives of the men listed on the Memorial, so that they can attend the service and the Village can show its appreciation for their sacrifice.

There will be a service at the Memorial and St Martins Church with refreshments afterwards.